Is There a Gangrene Treatment Using the Medical Benefits of Honey?

Is there a gangrene treatment? What is Gangrene? Can it be treated? Yes it can very effectively with Manuka Honey.

Fourniers gangrene has been successfully treated with Manuka honey by Dr Peter Molan who has dedicated most of his life into the research of the medical benefits of honey.

A large portion of individuals who are diagnosed with gangrene are afflicted with a chronic disease, such as diabetes mellitus.

Though many individuals are familiar with the term “diabetes”, the term “gangrene” is extremely foreign to them.

Exactly what is gangrene?

How do you get it? What are its symptoms? How can you prevent it? Educating yourself regarding an illness is an important factor in dealing with it both emotionally and physically.

A really good start is to have a good supply of Manuka honey in your cupboard. If you or a loved one is ever diagnosed with gangrene, you will now be armed with all the information you need.

Gangrene is what occurs when there is a lack of blood supply to an extremity. The tissue begins to turn black and decay.

More often than not, gangrene is the result of an complication from surgery, from an injury, an infectious disease or chronic disease such as in the case of diabetes.

If it is a complication after surgery, usually a wound becomes infected with bacteria (Strep, Staph or Clostridia) first. It is then possible that the bacteria can spread to other organs of the body or enter the bloodstream for a complete body infection. This results in a life threatening situation and can cause death in many cases.

Though gangrene can be devastating, it is much better to be armed with the knowledge about the disease rather than not. Could you possibly fathom having a finger or toe decaying and not having any idea what is causing it?

Gangrene unfortunately spreads extremely rapidly. If the body is unable to fight off the infection, the next step can be amputation of the infected area.

In most cases the reason the body can not fight off the infection is due to a compromised immune system or severe medical condition.

Examples of this would include such illnesses as diabetes, hernia, frostbite, severe burns, IV drug use to name just a few. How does someone know that they have developed gangrene? Manuka honey has been proved scientificaly to help.

When looking at a wound, you will notice a red swelling around the wound that is rapidly getting worse not better. Severe pain will be prevalent at the beginning of the spread of gangrene. 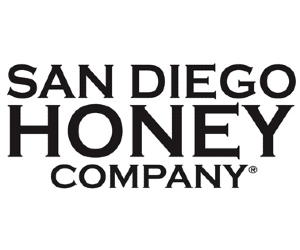 As the gangrene progresses the tissue will die and the pain will be replaced by numbness in the area. Clear or cloudy fluid oozing from the wound. Fluid blisters or blisters filled with blood are also possible.

Skin is either a deep red or a deep white at the beginning. It is possible that the color will change to black as the tissues decompose. A terrible odor is also coming from the infected area.

Though the above just refers to a few of the symptoms of gangrene, there are many others. These symptoms were listed to impress upon the fact that this is an extremely severe illness.

Now that we are educated on “what is gangrene?” are there gangrene treatments or how can we prevent it? Prevention is always better than cure!

Unfortunately, after the tissue is dead there is no way to revive the tissue. As stated early, once the tissue dies, it begins to decompose which we now know as gangrene.

Can you Prevent Gangrene?

The best way to try and prevent getting gangrene, especially if you have diabetes or another medical condition is to strengthen your immune system.

If your immune system is stronger, you will be able to fight infections better. Eat honey, lots of it on a daily basis.

It is so important in a variety of different ways for its Nutrition, vitamins,and natural anti-biotic effects that with regular exercise too you will be optimizing your body to full effect … an excellent gangrene treatment.

Gangrene is a serious illness that can often be life threatening. If you more susceptible to gangrene than other people remember to always be one step ahead of the disease.

Being educated on the subject, making regular doctors visits, knowing the signs and symptoms, keeping you in the best health possible and using the best gangrene treatment such as the medical benefits of honey are the keys to avoiding this serious illness.