The act of treachery that is attributed to Ken Waller in Pumping Iron shows him hiding the lucky T-shirt of his primary rival for the title of Mr. Universe, Mike Katz.

Obviously, certain names such as Arnold Schwarzenegger and Lou Ferrigno are always associated with Pumping Iron because these are the bodybuilders who went on to fame and fortune in the movie business.  But among the other bodybuilders, perhaps one of the most fascinating characters would be Ken Waller because he could be thought of as the charming villain of Pumping Iron.

The movie Pumping Iron is a documentary of the 1975 International Federation of Bodybuilders (IFBB) Mr. Universe contest in Pretoria, South Africa.  It is important to note that this is a bodybuilding event that Ken Waller went on to win at the end of the movie.  Waller made for a very charming villain in the movie because of his striking looks.  To this day, Ken Waller is the only professional bodybuilder who is also a redhead. 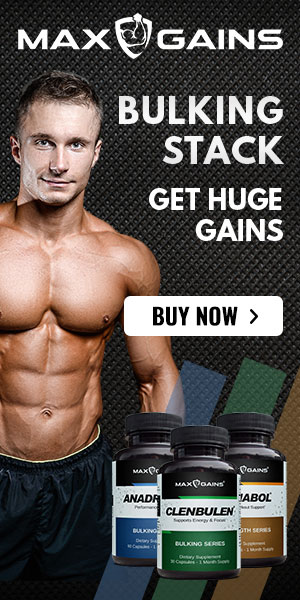 Ken Waller was skilled at using his striking good looks and his charming and elegant sense of style and grace to make this posturing during a bodybuilding competition more engaging.  This approach of adding charm to the strength and dexterity that he demonstrated during competitions benefited him a great deal and netting him many wins throughout his bodybuilding career.  In addition to winning Mr. Universe in the competition filmed for Pumping Iron, Waller added more wins in the years to follow at various levels of bodybuilding competition.

The movie Pumping Iron was inspired by a photo essay book by George Butler and Charles Gaines that was also named Pumping Iron.  In that book, Ken Waller was prominently displayed no doubt because of his stylish and professional ability to portray bodybuilding in it’s best possible light.  However, when the movie, Pumping Iron came out, movie audiences saw a villain at work and that villain was also this charming bodybuilder by the name of Ken Waller.

The act of treachery that is attributed to Ken Waller in Pumping Iron shows him hiding the lucky T-shirt of his primary rival for the title of Mr. Universe, Mike Katz.  Katz was a sympathetic character who was not as flamboyant and showy as Waller was and the humble determination of Katz made him the perfect hero of the film.

Hiding his lucky T-shirt was more than just a prank.  Bodybuilding competitions are tremendously intense affairs and if this one small trick could disturb the concentration of his rival, it represented a serious act of subterfuge by the clever Ken Waller.

In the film, the trick worked exactly as planned and Ken Waller won the competition leaving the hero of the film, Mike Katz broken and near tears.  For years after Pumping Iron came out, Ken Waller was met with boos and other derision in public for what he had done during that competition for Mr. Universe against Mike Katz.  Little did either man or the producers of Pumping Iron know that it would become such a huge hit that the drama between the two men would become so well known.

What is not as well known is that the entire struggle was staged.  The scenes where Ken Waller plots to steal his rival’s T-shirt with his cronies Robby Robinson and Roger Callard were all created long after the competition itself was over.  While the producers of Pumping Iron were selling the film as a pure documentary, this little dash of drama was created to add additional story and pathos to the movie.

Ken Waller enjoyed the status of the charming villain of Pumping Iron but he is such a good showman that he continued to milk that role for many years after.  This only added to the mystic of the man because not only is Ken Waller a great bodybuilder, it turns out that he is a pretty good actor and a good sport as well.