Skip to content
Home » Mind & Soul » Memory Enhancer » What are Nootropics? Where can I buy them? The origins of the word nootropic trace back to 1972 when the Romanian Dr. Giurgea coined the term by combing the Greek words for mind (νους nous) and “to bend/turn” (τρέπειν trepein). Nootropics work by increasing the brain’s oxygen supply and stimulating nerve growth so that the brain receives more of the neurochemicals it needs to function at its peak level.

The other key characteristic of nootropics is that they have little to no side effects. That means they can be taken safely and they are designed for regular long-term use. Nootropics aid a range of brain functions without any of the negative side effects that other brain stimulants often have. 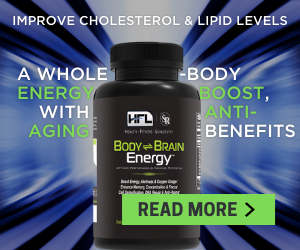 Nootropics also send more blood to your brain. This gives your brain more oxygen, glucose, and essential nutrients. In other words, it supplies your brain with the energy and fuel it needs to perform at its very best.

Additionally, nootropics help to protect your brain. The best nootropics can help preserve key mental functions and can also aid in producing more brain cells. That’s why nootropics are being studied for their benefits of preventing memory loss and fighting age-related disorders, such as Alzheimer’s Disease.

What are Some Examples of Nootropics?

L-Tyrosine: An essential neurotransmitter that helps boost memory, improve physical abilities when your body is under stress, and elevate mood.
Alpha-GPC: Gives your brain a dose of acetylcholine which helps to improve memory and focus and promotes the release of HGH, helping retain lean muscle mass, strength, and energy.
Vinpocetine: Improves blood circulation in the brain and oxygen utilization for memory enhancement and improvement of cerebral metabolism. This nootropic also plays a major role in fighting Parkinson’s disease and Alzheimer’s disease.
Vitamin B6: Powerful nutrient that aids in the production of neurotransmitters, helping your brain run faster and more effectively.

These are just a few of the many nootropic supplements shown to support brain function. You can learn more about the best nootropic ingredients on our website.

To get the best results from nootropics, you should consider taking a nootropic stack. A nootropic stack is a combination of multiple nootropic compounds. By combining several effective nootropic ingredients, you get more well-rounded results as each ingredient contributes its own special benefits.

There are currently some popular pre-packaged nootropic stacks that you can buy, such as Alpha Brain and Pure Prodigy. These nootropic supplements contain special blends of brain enhancing supplements, helping you get the best possible results when you take them on a regular basis.

Make sure to check our website often as we’ll be reviewing all the top nootropic stacks so you can learn everything you need to know about brain power and mental enhancement through nootropic drugs.

Where to Buy Nootropics

For the average person, figuring out where to buy nootropics that work, that are safe, and from a reputable retailer can be overwhelming. While the field of nootropics is relatively new, it’s growing faster by the day. More and more, people from all walks of life are trying cognitive enhancement supplements in hopes of optimizing brain performance. As evidence comes out that the top nootropic supplements actually do deliver measurable benefits, such as improved memory and increased focus, a growing number of people see smart drugs as legitimate supplements and not just a gimmick. Of course, as nootropics gain popularity with the general population, an increasing number of brain supplements are hitting the market. At the same time, websites selling supplements are popping up in droves.

Where to Buy Nootropics Online

Once you’ve identified a nootropic that contains the right ingredients and has great customer reviews, your best bet is to order it directly from the manufacturer. By ordering from the company, you’ll usually be able to get the lowest prices and exclusive offers you won’t find anywhere else. Not only that, but you’ll also be able to get customer support directly from the company should you have any questions about your order. Before placing your order, make sure the company offers a secure checkout process that will protect your sensitive personal information. Also, read the fine print so you know exactly what you’re paying for as some special offers may require you to enroll in an ongoing monthly subscription where your card is billed every month for a new bottle of  nootropics. In short, it all comes down to doing your due diligence when buying nootropics. If you take the time to research the ingredients, read reviews for the top supplements, and make certain you’re buying from a reputable company, you’ll be just fine. Body Brain Energy™ – How to Improve Your Memory 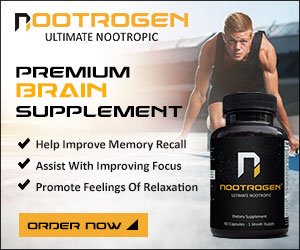